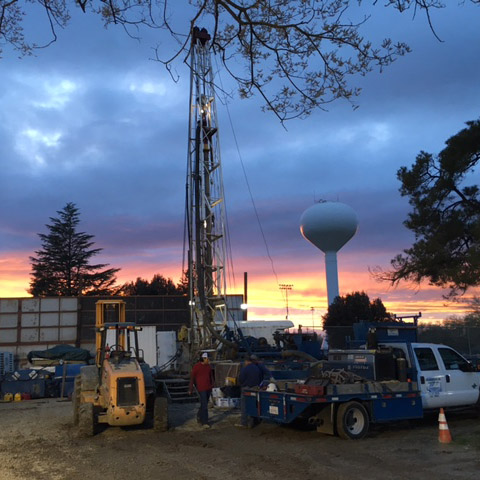 Carollo Engineers, Inc., is the prime consultant on this project. As subconsultant, GSI provided hydrogeologic services for the design, installation, and testing of two ASR wells, two sets of nesting monitoring wells, a core hole, and two well abandonments. GSI is currently providing technical review and services to assist the City with ongoing ASR operations. A future phase of the project will include additional testing and possible expansion of the ASR program.

"This year's Golden State Award winner is a unique example of how innovation and modernization can produce a water supply system that fully utilizes a city's water rights while maintaining an economical price," said Brad Died, executive director of ACEC California.

The City is converting its primary potable water supply source from groundwater to treated surface water diverted from the Sacramento River. By using an ASR system, the City will be able to store excess treated surface water in the winter for use during the summer, when there are flow restrictions on the river.

Congratulations to our partners at Carollo for winning ACEC California's top honor!